If you are even remotely interested in space and space travel, you already know what a big deal the James Webb Space Telescope is.

If you aren’t familiar with the James Webb Space Telescope let us just tell you that this is a BIG deal. A really big deal. And we have your ticket to discovery.

Webb is the largest and most complex space science telescope ever built – the premier observatory of the next decade. This international mission, led by NASA in partnership with the European and Canadian space agencies, will launch in December 2021.

Girl Scouts Spirit of Nebraska is joining NASA in a nationwide celebration of the James Webb Space Telescope launch.

Hear from experts in astronomy, learn about NASA’s current missions, create fun projects to take home, and share your experience with friends! This event is open to the public, so bring your family, friends, and neighbors.

Other in-person events will take place at the University of Nebraska Omaha and Chadron State College.

If you can’t attend in person, join us on Zoom! You must register for the Zoom webinar. After registering, you will receive an email containing information about joining the webinar.

Webb will provide a new view of the cosmos and push the field of astronomy into a new era. The telescope will observe the universe in the infrared, peering inside dust clouds to study light from distant parts of the universe for the very first time – the first galaxies that formed about 13.5 billion years ago – and give us insight into how our universe formed.

It will also explore distant worlds in other solar systems, as well as objects in our own solar system. Webb will extend the scientific discoveries of other NASA missions like the Hubble Space Telescope, Chandra X-ray Observatory, and Transiting Exoplanet Survey Satellite.

“We are thrilled that Girl Scouts is an official host for NASA’s James Webb Space Telescope launch community events,” said Kat Tedder, Girl Scout Spirit of Nebraska program specialist. “We have partnered with the North Platte Library, the University of Nebraska Omaha, and Chadron State College to help Girl Scouts celebrate this amazing feat of science and engineering. People of all ages and backgrounds will find inspiration in the Webb mission, which will fundamentally change our understanding of the universe for this generation and many to come.”

Webb can observe all of the cosmos, from planets to stars to nebulae to galaxies and beyond – helping scientists uncover secrets of the distant universe as well as exoplanets closer to home. Webb can explore our own solar system’s residents with exquisite new detail and search for faint signals from the first galaxies ever made. From new forming stars to devouring black holes, Webb will reveal all this and more.

The telescope lets us look back to see a period of cosmic history never before observed. Webb can peer into the past because telescopes show us how things were – not how they are right now. It can also explore distant galaxies, farther away than any we’ve seen before. Webb will reveal new and unexpected discoveries and help humankind understand the origins of the universe, as well as our place in it.

Keep up with Webb’s journey and look out for Webb’s upcoming, stunning images on social media via @NASAWebb on Twitter, Instagram and Facebook, as well as the hashtag #UnfoldTheUniverse. 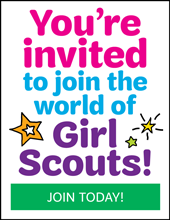